Truth? Okay, here goes….. The truth is, that as a parent, as our child enters their teenage years, we worry more than we ever did. As they get older, it seems to get worse. We want them to grow confident and be independent, but then again, we don’t.. its contradictory. Have you ever sneaked a peek at your daughters diary? Looked at your son’s Facebook followers? Listened outside a bedroom door?

We tell ourselves it’s out of concern, but there is a little guilty part of us that knows that sometimes, just sometimes, we are just being plain old nosy… we don’t want to let go, and even though we spent the last decade and a half teaching them independence, the minute they start BEING independent, we go into super sleuth James Bond mode, wondering why our teenager is now ‘keeping secrets’.

So. You may have started looking at Teen GPS Tracking Devices… just out of curiosity of course! But the question remains, would you DARE to track your teenager? Let’s discuss…

Don’t Lose Track of the Pre-teens

It’s pretty easy to justify using a GPS Location Tracker on a child from 10 -13 years old. At this age, they are probably walking home from school or riding the bus or visiting their friends without an adult chaperone for the first time. You can probably both benefit from this. You, as the parent can watch the route of your child as they make their way to and from, ensuring they don’t go off course. Your child will benefit as they will feel safe knowing that Mom or Dad are watching, as they build their confidence navigating the world.

This one is an easy discussion to have with your child, and you probably won’t see much resistance. It may be as easy as agreeing together that they switch on the GPS tracking feature of their cell or mobile phone when asked to.

Eventually though, your child is going to tell you that he or she doesn’t need you watching anymore… and this is where things start getting tricky. What if you aren’t ready to let go of that navigation marker yet? What if you have other concerns or motivations? Just, what if…….?

Technology is advancing at the speed of light, and so is tracking technology. There is a current trend sweeping the world, where parents are putting full-blown ‘spy’ apps on their teenager’s cell phones – these apps can listen in to phone calls, read text messages, look in on your teenagers social media accounts, read emails, access the camera and photos, pretty much anything! You can have full and complete access to your child’s smartphone and everything on it – without them even knowing.

Now, call me old-fashioned, but this writer feels that this is a complete invasion of privacy. I know not all of you will agree, and that’s fine, that’s just my view – but let’s take it back a generation shall we? When I was a young girl, I kept a diary under my bed. It was kept locked. I do not recall EVER seeing an advertisement in a magazine or infomercial, directed at parents for ‘Diary Skeleton Keys’. I certainly do not remember my parents dressed in camouflage hiding outside the video game arcade with binoculars. I’m pretty sure they never bugged my bedroom. I guess life was simpler then, and families operated on the values of trust and respect. I’m not quite sure how or why this has suddenly changed.

Don’t get me wrong, I do believe there is a place for GPS tracking of teenagers in this day and age, under the correct circumstances and in the right situations, which I will go into shortly. However, I think that when we live in a world where it is suddenly becoming a ‘trend’ to covertly spy on our teenagers in such an intrusive way, then it’s time to take a step back and pause for thought in regard to what we are doing, and ask ourselves if we aren’t just going a little bonkers.

Technology is NEVER going to replace proper parenting, and the more trust we put into our ‘spying apps’, and the less trust we put into our children, the more we are increasing the possibly of ruining our relationship and closeness with our teenagers. Communicating, teaching and leading by example has been, and always will be, the best approach for a long and stable relationship with our kids.

Why Do You Want to Track Your Teenager?

Just because the technology is available, doesn’t mean we have to use it. We live in an age where clever marketers brainwash us to believe that we MUST HAVE whatever it is they are pushing. I am a hopeless consumer, I wait in line when a new phone model is released, I spend a small fortune on miracle anti-ageing wrinkle skin creams and techniques, and have every games console ever produced – but I’m aware. I know I’m getting sucked in, but I buy anyway, because I like shopping and I like being up to date.

But when it comes to my family, it’s a different story. I won’t be sucked in, and any decision I make, I take great consideration as to how it will affect my family as a whole, each of its members, and my relationships with them in future years. My family trust each other and we respect each others’ privacy (except if I’m in the shower or toilet – apparently Moms have an open door bathroom policy… ugh.. I know you are with me on this one). I use GPS technology to track my pets on a constant basis, and I use it on my children (I have four, ranging from 7 to 19) in specific situations. I never use tracking technology covertly, it is always discussed openly and we have never had any major problems with it.

I can’t possibly imagine every scenario, in every family or understand what has motivated you to start researching teen GPS tracking devices but I can share some rules and guidelines Mr. Kay and I have set for our teenagers (If you would like to read my post on using GPS tracking with toddlers, please click here).

There are many other one-off situations that you may consider it beneficial to track your teenager, but in every scenario, being open and discussing the fact that they are or will be in use is key to being able to bring these devices into your family without too much upset.

So, as you can see, using a teen GPS tracking device to track your teenager can actually inspire trust and respect within a family unit when used the right way. Teenagers ‘allow’ you to track them, and in return we give them the freedom they desire. It’s give and take. The minute we start being deceitful and covert, we set a bad example, and should only expect the same behaviour from our teenagers in return.

You may have noticed an obvious emission in this post, as I haven’t mentioned GPS vehicle tracking, or tracking your teenagers car. This is something that I am currently researching and actually considering using with my daughter. My first impression is that as long as the honesty and openness is there, and its not a covert manoeuvre, that this could be another beneficial aspect of GPS tracking, and I think it probably deserves a post of its own, so stay tuned for an article on this in the near future!

Finally… before you all start commenting about how your teenager this, and your teenager that and try to convince me that spying on your kids is somehow right, please keep in mind that I am speaking in general terms, and that maybe you do have a good and valid reason for needing to do this. There are always exceptions to every rule, and maybe you are the exception. I would be more inclined to believe that communication with your child, and maybe even family therapy is a more healthy way to build trust into your relationship with your teenager… but that’s just me…

15 Replies to “Teen GPS Tracking Devices – Do You Dare Track Your Teenager?” 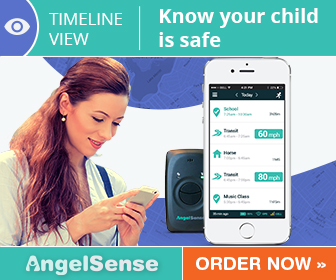